A brief history of Artificial Intelligence

We take you through the history of Artificial Intelligence.

The potential of artificial intelligence and machine learning is still unclear for many companies. Nevertheless, AI will radically change business operations. We are at the dawn of a new era, comparable to the breakthrough of the internet in the late 1990s.

Machine Learning is part of the broader concept of Artificial Intelligence. After the internet, AI will become the most disruptive technology in our society. It will impact everything we do in our daily life. AI applications can already be found in our cars, smartphones, TVs, but also, for example, at the doctor, and in the supermarket. But where does the term AI come from and where did it originate? Has this technology been around for a long time and why is it so popular now? We take you briefly through the history of AI.

In 1927, the first robot, Maria, appeared on the silver screen in the movie Metropolis. It is the first time that the general public came into contact with the concept of a “Robot”. 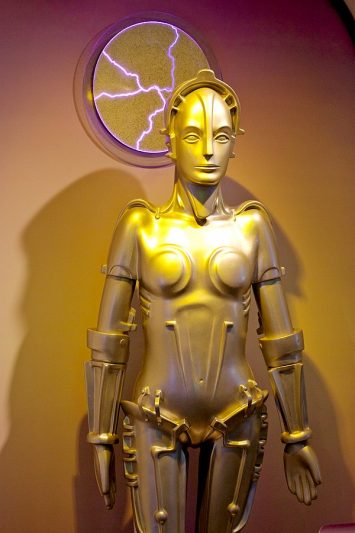 Everyone has heard of it, the famous Turing test. In 1950 Alan Turing proposed a test to measure computer intelligence. If a machine can make a human belief that he is also a human, then the machine has intelligence. The interrogator is in a closed room, he or she must determine based on written questions who is a computer and who is a human. 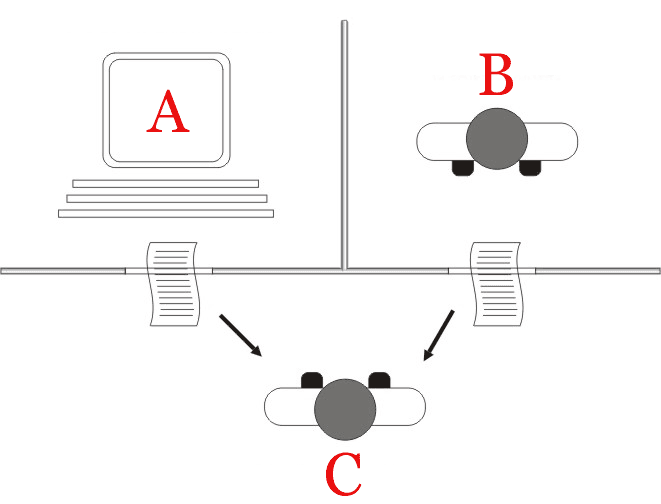 Isaac Asimov publishes the book “I Robot”, a collection of short science fiction stories. The Three Knows of Robotics is based on this book. These laws prevent robots from attacking us. The Three Laws of Robotics have had a significant impact on science fiction. It was the first time that thought was given to the potential negative impacts of AI and how we can deal with it ethically. 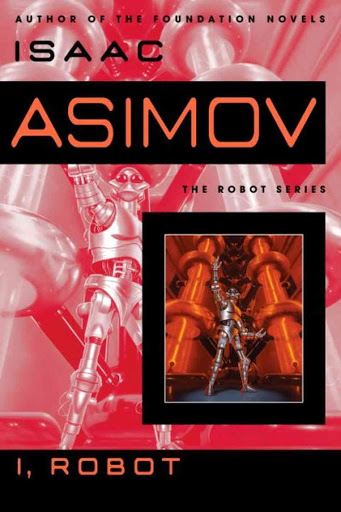 John McCarthy organizes “The Dartmouth summer research project on Artificial Intelligence”. He invited leading scientists to this, with whom he wanted to describe the learning process and all other aspects of intelligence. 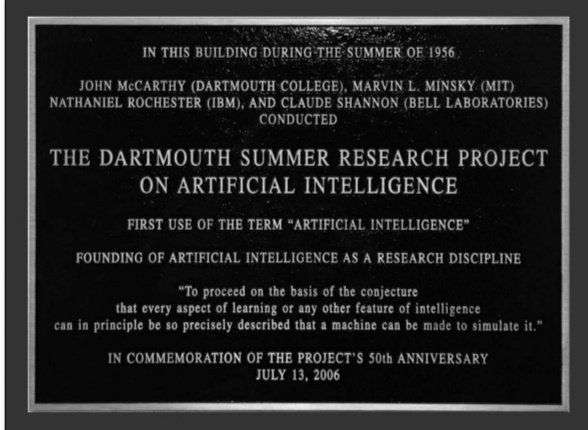 ELIZA was the first chatbot that could talk to people. A program that allows you to have a conversation and that imitates the questions of a therapist. This was, in fact, an early form of pattern recognition. This technique was designed by Joseph Weizenbaum from MIT. Rumor has it that when testing ELIZA, Weizenbaum’s secretary asked him to leave the room. Her conversation with Eliza became too personal. 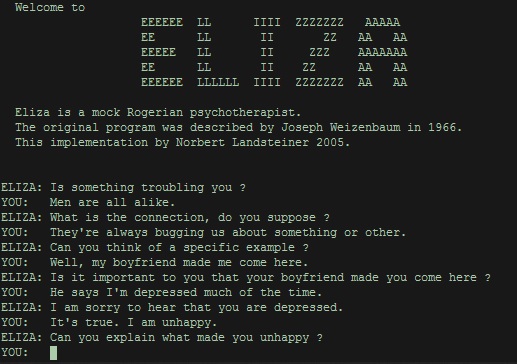 Shakey is the first mobile robot that could reason about its actions. While other robots would have to be instructed on each step of completing a larger task, Shakey could analyze commands and break them down into basic chunks by itself. This project combined research in robotics, computer vision, and natural language processing (NLP). Shakey could move independently in a room and, for example, turn the light switches on and off. When typing a command “turn off the light”, Shakey went looking for a switch and then turned off the light. 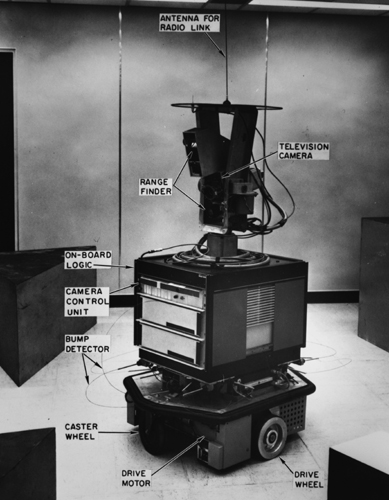 A period with a sharp decline in investments for AI. The lofty expectations of many research projects could not be met and the practical applications were often questioned. 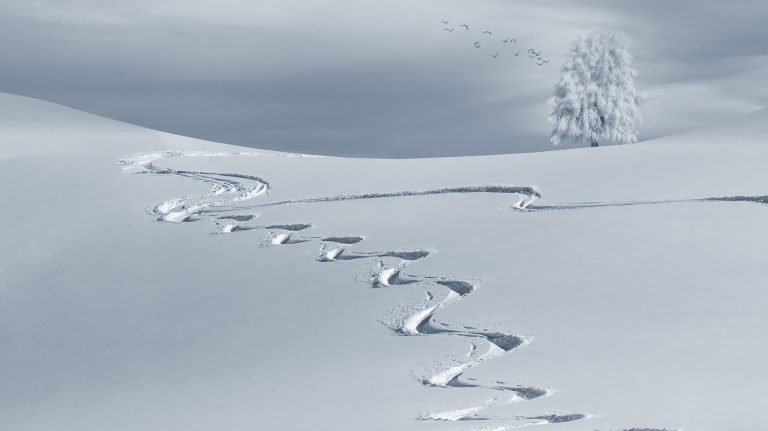 Luigi Villa, the world backgammon champion, is the first champion of a board game to be defeated by a computer. 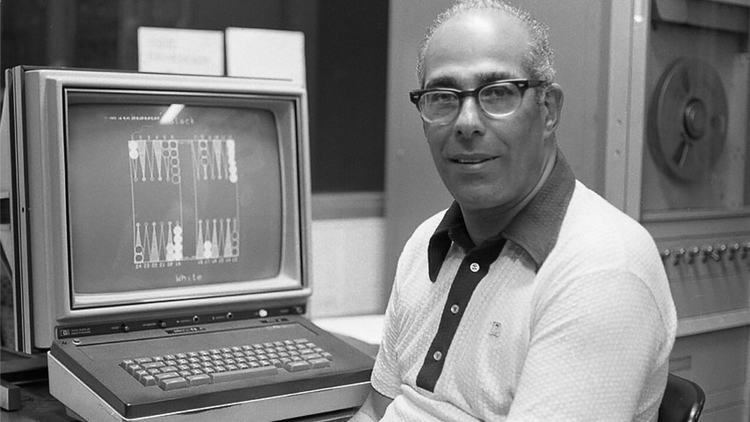 “The Stanford Cart” is the first computer-controlled autonomous vehicle capable of navigating a path littered with obstacles. 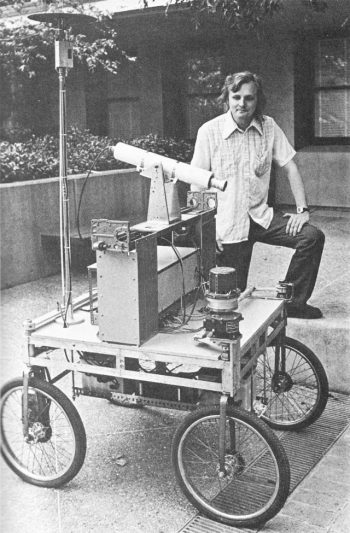 The research started to focus more on “narrow AI”. This form of AI is applied to more specific problems. Most of the applications we use today labeled “AI” are in fact “narrow AI” systems. Think for example of Siri, Corana or Google Assistant. When you ask Siri a question that goes beyond the limits of her program, you will not receive an answer. 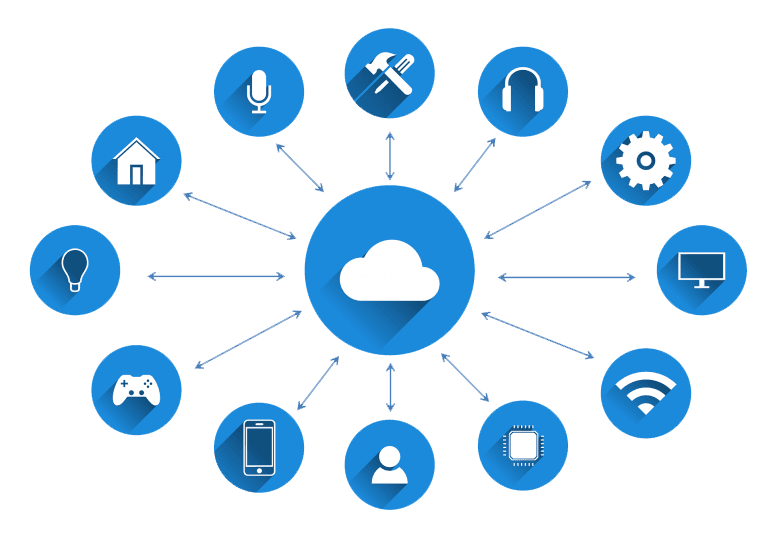 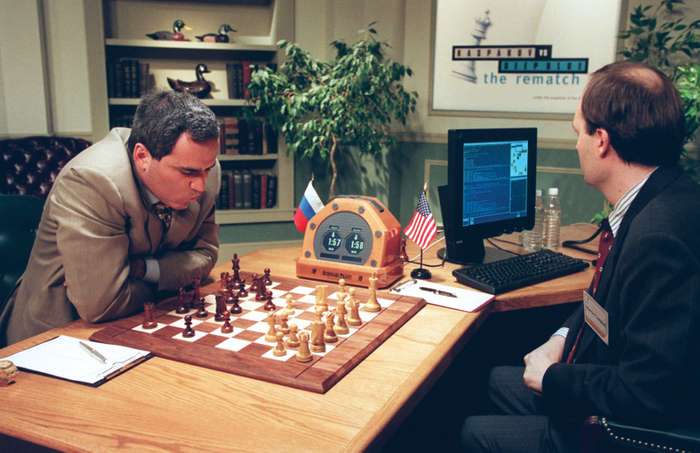 The first mass production of autonomous robotic vacuum cleaners takes place. Developed by the company iRobot, founded by several robot experts at MIT. Roomba navigates autonomously to clean. Meanwhile, they have robots that can mow the lawn, mop floors, and even defuse explosives. 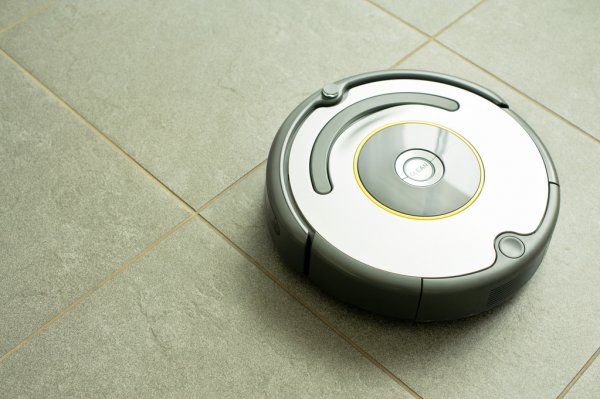 Google is launching a speech recognition app on the new iPhone. This is the first step towards Apple Siri, Google Assistant, Amazon Alexa, and Microsoft Cortana.

Apple integrates Siri, a virtual assistant, on all of its products from the IOS5 operating system. 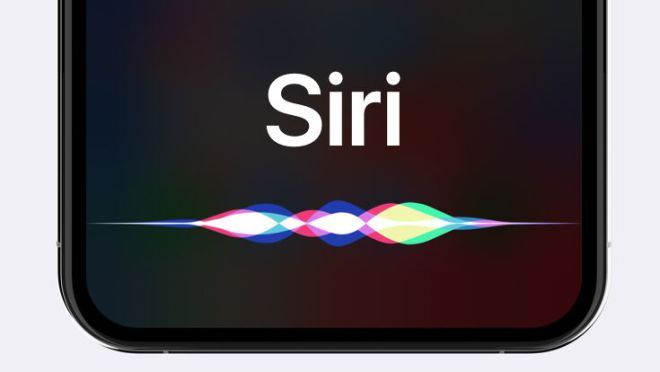 IBM’s supercomputer wins $ 1 million in prize money on the hit US TV quiz show Jeopardy and is named after Thomas J. Watson, the founder of IBM. 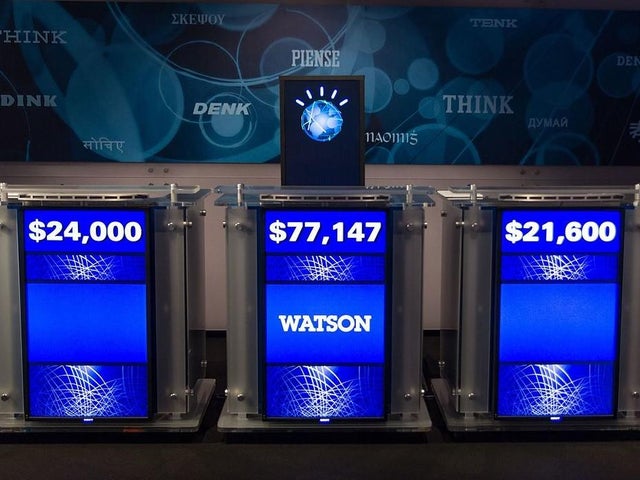 Chatbot Eugene passes the Turing Test. A third of the jury believes that Eugene is human. It was developed by a group of programmers in St. Petersburg. Eugene Goostman is presented as a 13-year-old Ukrainian boy. These characteristics are intended to induce forgiveness in those with whom it interacts for its grammatical errors and lack of general knowledge. 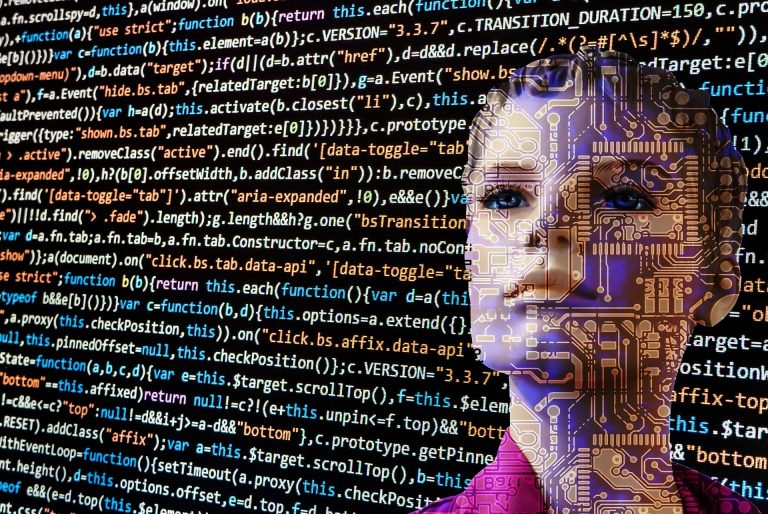 Alexa is a virtual speech assistant. She understands what you are saying and then converts your sentence into action, for example ordering a pizza. Alexa is used for the first time by Amazon’s smart speaker “Echo”. 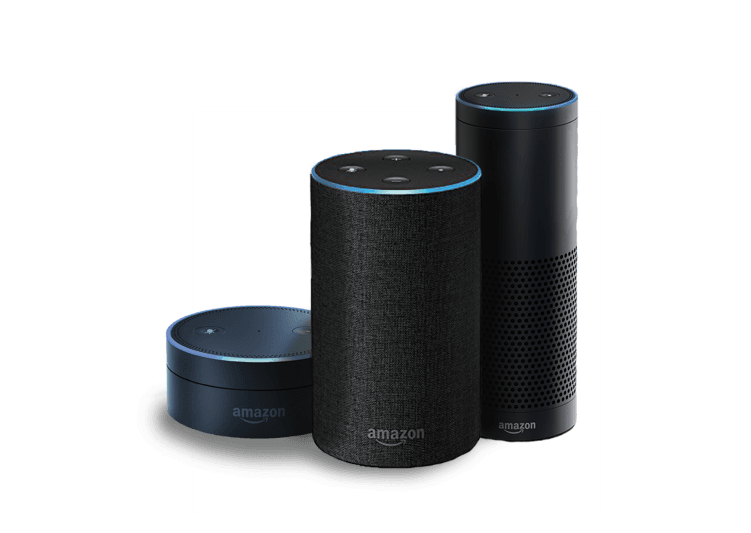 Sophia is the first humanoid robot that moves, talks, listens and the world sits in her chest through a camera. But in fact, she is unaware of what she is doing or saying. The concept is similar to that of ELIZA, only this is a much more advanced chatbot that gives the illusion that you are talking to a real person who can understand your feelings and emotions. 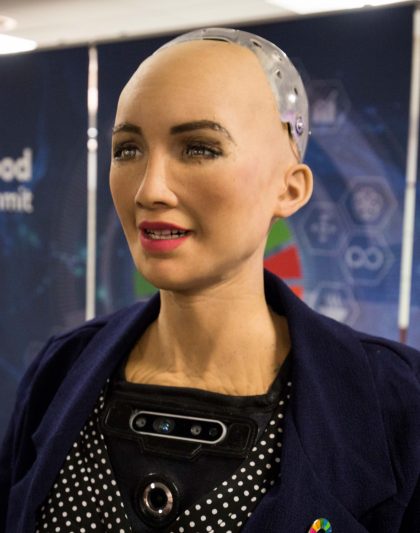 AlphaGo Zero, developed by Google department Deepmind, has managed to master the extremely difficult Asian board game ‘Go’ in just three days, without any human input or prior knowledge. Normally people need years to fully master the game. Sometime later, AlphaGo beats the best player in the world. 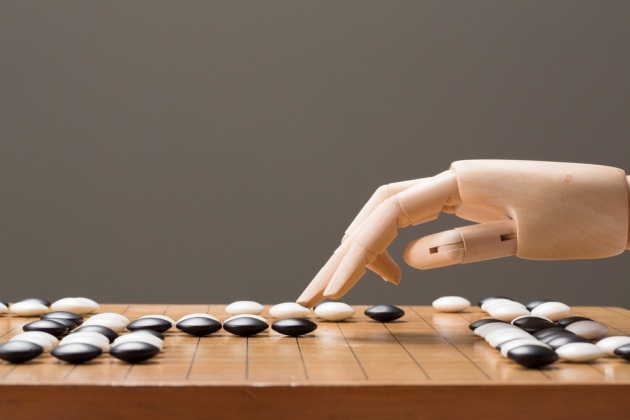